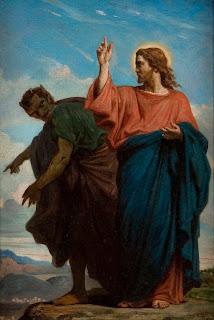 Question: Since Satan, knows he will be defeated and that he is ruled by GOD, and needs GOD'S permission, why would he still try to stop the birth of our Savior, knowing that he could never be successful?

Excellent question, but the truth is, we don't know with absolute certainty what Satan knows and what he doesn't. But either way, Satan's efforts and actions always spring from his nature. He doesn't just do evil, Satan is evil. That means he can't do or be otherwise. Darkness will always hate and try to eradicate the light, simply because it is evil. It needs no more reason than that. Jesus said:

...the devil...was a murderer from the beginning, and does not stand in the truth, because there is no truth in him. When he lies, he speaks out of his own character, for he is a liar and the father of lies. John 8:44 (ESV)

Notice Jesus said that Satan "speaks out of his own character." That means he lies because he is a liar. He murders because he is a murderer. He seeks to do evil because he is evil. Satan is what he is, and all his actions stem from that awful reality.