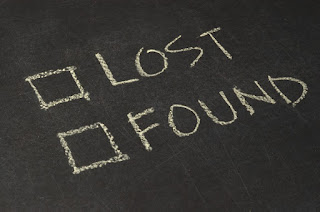 Q: Do you believe that a Christian can lose their salvation?

A: Can I start by saying that I greatly dislike this question? I've been asked it many times, but I always hate to answer. No one asks this question because they're wondering what the answer might be. I find that most Christians have their minds pretty well made up on the subject and the reason they ask is so they might know whose side I've taken.

That being said, I always endeavor to answer each and every question I receive by taking a serious look at God's Word—not allowing myself to be swayed by passionate feelings on either side of the issue. There is so much emotion attached to this question that I'm not at all sure people even want to know what the Bible has to say. I get a distinct impression that Christians just want to be told that losing their salvation isn't possible so they can get on with their lives without being bothered by the notion.

Here's the fact of the matter—I don't have any idea whether or not a person can actually lose their salvation. Even if it were possible, I don't know how you or I would come by that kind of information. We just don't possess that level of insight.

Here's what I do know and am absolutely certain about: the New Testament authors issued repeated warnings to born-again believers about the danger of walking away from Christ. Here are just a few examples:

Galatians 5:2-4 (ESV)
Look: I, Paul, say to you that if you accept circumcision, Christ will be of no advantage to you. I testify again to every man who accepts circumcision that he is obligated to keep the whole law. You are severed from Christ, you who would be justified by the law; you have fallen away from grace.

Hebrews 2:1-3a (ESV)
Therefore we must pay much closer attention to what we have heard, lest we drift away from it. For since the message declared by angels proved to be reliable, and every transgression or disobedience received a just retribution, how shall we escape if we neglect such a great salvation?

I know there are many sincere followers of Christ who passionately reject any idea of a true believer possessing the freedom or ability to walk away from the Lord in unbelief. I respect their position, but as I study the Word of God, I see repeated warnings by the New Testament authors about doing that very thing. As a Bible teacher, I feel it is my responsibility to respectfully communicate the message of God's Word without bias or partiality. Although it seems impossible to think about someone being saved and later being unsaved, my number one goal is to communicate what God's Word says.