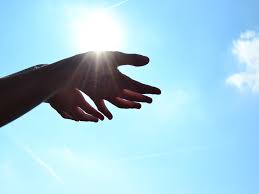 Over the years I've had the occasion to officiate at many funerals and graveside services for babies who were either stillborn or only lived a few minutes or hours after birth. It is always a very challenging time and the question that is naturally on everyone's mind is whether we will be reunited with the children we've lost.

If you're looking for a single Bible passage that says, "All the little babies go to heaven" — you're going to be disappointed because such a passage doesn't exist. But that doesn't mean the Bible doesn't give us valuable insight from which to reach an informed conclusion. It does!

So what does the Bible say?

In 2 Samuel chapter 12, we're told of a time when a baby born to David's wife Bathsheba died. While the child was sick David fasted and prayed. But after the baby died David said: “While the child was still alive, I fasted and wept, for I said, ‘Who knows whether the LORD will be gracious to me, that the child may live?’ But now he is dead. Why should I fast? Can I bring him back again? I shall go to him, but he will not return to me.” 2 Samuel 12:22-23 (ESV)

In the midst of his grief, David expressed a confidence that one day he would be reunited with his child, obviously referring to a time after his own physical death. Where did David get this information? Was it just a belief of his time? I think not. David was a man with unique insights into God and His plan for mankind. Much later, Peter declared that David "was a prophet." (Acts 20:30) I believe David was speaking with prophetic insight when he declared by faith that he would see his child again.

The other thing we must keep at the forefront when considering such questions is the character of God. By knowing God's character we can fill in the blanks on many issues in life that are not directly addressed in the Bible. And one passage I love to remember is in Micah 7:18 which says that God "...delights to show mercy." — or as the ESV renders it, "...[God] delights in steadfast love."

So, you have a little baby who, for whatever reason, is either stillborn or doesn't live long past birth. And you also have a God who literally delights to show mercy and steadfast love and is perfectly fair and just. What do you end up with?

Here's the bottom line. Our God is GOOD! And we can always trust Him to do the right thing.