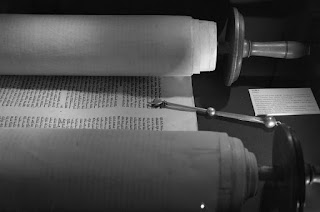 Question: Who wrote the Bible? Did it just appear?

Answer: The Bible was written by some 40 different authors, spread out over a period of about 1,500+ years. Many of the books of the Bible reveal their authorship, but others do not. This is true for the Old and the New Testaments. The authors we know of include Kings, Prophets, Church Leaders and even a doctor.

The Bible didn’t just magically appear. It was written by individuals, some whom were just setting out to record historical events. Others took up the pen because they were conscious of the Holy Spirit moving them to write down what they believed was a message from heaven.

The Old Testament writings are those which were (and still are) accepted by both Jews and Christians as authoritative and divinely inspired by God. Our best claim to the authority of the Old Testament is that Jesus Himself often quoted from these writings and clearly accepted them as having a divine origin.

The New Testament books are largely the writings of the original Apostles or those who lived and served with them. These letters circulated among the early churches and were accepted early on to be of equal weight with the Old Testament.