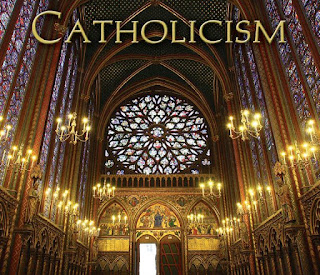 QUESTION: Are Catholics considered Christians? What are the important differences?

Fundamentally Roman Catholicism (RC) is considered part of the overall expression of Christianity, but there are significant differences between RC and historic biblical Christianity.

For starters, RC is centered around a spiritual leader, namely the Pope. Biblical Christianity has no central figure, the reason being the Bible discourages it. When the Apostle Paul wrote to the Corinthian believers he challenged them on elevating one church leader over another, saying:

For when one says, “I follow Paul,” and another, “I follow Apollos,” are you not being merely human? What then is Apollos? What is Paul? Servants through whom you believed, as the Lord assigned to each. I planted, Apollos watered, but God gave the growth. So neither he who plants nor he who waters is anything, but only God who gives the growth. 1 Corinthians 3:4-7 (ESV)

Because the Pope possesses the same authority as the inspired Scriptures, many "dogmas" have emerged from Roman Catholicism that are nowhere found in the Word of God. These include:


The list goes on. Again, I want to make it clear that none of these beliefs finds corroborative standing in any of the 66 books which make up the Protestant Bible and several of them stand in direct contradiction to those Scriptures.

Frankly, the only difference that really matters surrounds the question of how a person is saved. Unfortunately, RC has added layers on top of the original message of receiving and accepting the finished work of Jesus on the cross. That alone sets it apart from biblical Christianity and looms as the largest and most dangerous of all the differences between the two.

According to RC "justifying grace" is activated upon Catholic baptism and through the sacraments. However, this grace can be gradually lost through venial sins or forfeited completely by mortal sins.

The Apostle Paul made it clear in his letter to the Galatians that when you add "works" on top of the Gospel (which is exactly what Roman Catholicism has done) you end up with no Gospel at all. (Gal. 1:6-7)

Personally, I do not subscribe to the generalization that all Catholics are not Christians any more than I would say, "All baptists are Christians." Both statements are nonsensical since the definition of a Christian is someone who is trusting Christ and Christ alone for their salvation. If I meet someone who confesses Christ as the only means of forgiveness, I know I am talking to a Christian, regardless of their affiliation.