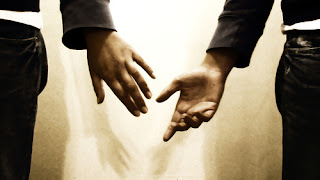 QUESTION: I currently live with my girlfriend. We both are Christians and want to live a Christian life. Are we in wrong by Gods will living together?

A:  If by living together you mean that you and your girlfriend are intimate sexually, then yes, that is wrong according to God's Word. The Bible refers to sexual activity outside of marriage as fornication, and it is considered a sin along with other forms of sexual immorality. (Galatians 5:19; Ephesians 5:3; Colossians 3:5; 1 Thessalonians 4:3; Jude 7)

It is clear from the Bible that God created marriage to be a life-long commitment between one man and one woman. Jesus expressed this commitment about marriage as recorded in the Gospel of Mark:

But from the beginning of creation, ‘God made them male and female.’ ‘Therefore a man shall leave his father and mother and hold fast to his wife, and the two shall become one flesh.’ So they are no longer two but one flesh. What therefore God has joined together, let not man separate.” Mark 10:6-9

Obviously the world ignores God's Word on the subject, as evidenced by the vast number of couples involved in cohabitation today. But they are also paying the price. Studies show that those who live together without a commitment are less likely to stay together.

Believe me, there are tons of excuses for people to live together. We're saving for the wedding—It's just more convenient—We're getting married soon anyway—We're actually staying in separate bedrooms, along with many others. But the bottom line is that it is wrong and it ruins your Christian witness.

But here's the good news. If you and your girlfriend truly want to live your lives according to God's will and walk in His blessing for your relationship, you can do that! Just confess your sinful condition to God and make the necessary changes. If you're in a place to get married, then get married. If you're not, then move out and live lives of sexual purity until you're ready to make that lifelong commitment.

One last thing. Marriage was created by God and as such is not defined by a marriage license issued by the State. Marriage is a covenant that you enter into with one another before God. Don't get me wrong—there's nothing wrong with getting a marriage license, but the State doesn't join people in marriage. Only God can do that. Marriage was His idea and He knows best how to make it a thing of beauty that lasts. I would strongly encourage you and your girlfriend to investigate what God has to say on marriage in the Bible, and then pattern your relationship after what you see in the Word of God.