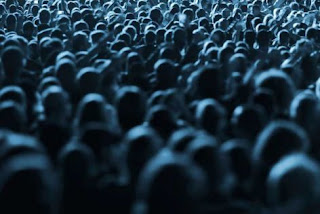 A: There are two things that amaze me about the 144,00 in the book of Revelation:

First, I am amazed by the level of confusion as to their identity.

Secondly, I'm even more amazed how many groups claim to be the 144,000, when the passage makes it clear that their claim is ridiculously impossible.

So let's look at the passage in question from Revelation chapter 7:

What are the clues we see here that will help us determine the identity of these people?

Clue #1: The first clue as to their identity comes from verse 3 which says: “Do not harm the earth or the sea or the trees, until we have sealed the servants of our God on their foreheads.”

So they are "servants of God." That's pretty simple.

Clue #2: If you read verses 4 through 8 we see that these people are Jews. The various tribes which they represent are even given in the passage. Again, this isn't rocket science.

Clue #3: Again we go back to verse 3 and read these Jewish servants are "...sealed...on their foreheads." People try to find some weird and sensational meaning to this seal, but there's nothing strange about it at all. Three times in his letters the Apostle Paul spoke of believers being "sealed" by the Holy Spirit. (See 2 Corinthians 1:22; Ephesians 1:13 and Ephesians 4:30) This is common language for born-again believers. In the book of Revelation, the seal of the Lord was uniquely visible so that John might know without a doubt who these people were—Jews who had placed their faith in Jesus Christ.

And finally, Clue #4 has to do with WHEN these people appear on the scene. Verse 1 of chapter 7 simply begins with the words, After this...

So, in answer to your question, the 144,000 in Revelation are Jews who come to faith in Christ during the Great Tribulation.

Want to know more? You can listen to my teaching from Revelation chapter 7 online in which I give a more complete explanation of the 144.000 and their function during the Great Tribulation.