Did Jesus ever get sick? 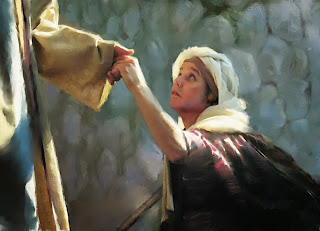 QUESTION: Since sickness is a result of sin, did Jesus ever get sick?

A: You are correct in saying that sickness and death entered the human condition when sin was introduced into God's otherwise perfect creation. Since that time mankind has been plagued with sickness of every kind, until finally such a toll is taken on our bodies that we expire physically.

To be entirely honest, the Bible does not say whether Jesus ever suffered a physical ailment. But as we consider this question I think it's important to remember that, while Jesus shared our humanity, He never gave in to sin. The writer to the Hebrews said:

"...we do not have a high priest who is unable to sympathize with our weaknesses, but one who in every respect has been tempted as we are, yet without sin." Hebrews 4:15

So Jesus experienced all our temptations but He never gave in to sin. And because He was without sin it is reasonable to assume that He did not suffer the effects of sin like sickness. In fact, what we see in the Word is quite the opposite—When He touched the sick and infirmed they were healed of their diseases.