Are some people predestined for hell? 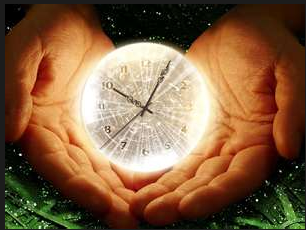 QUESTION: Are some people predestined for hell?

A: Predestined means to be pre-determined by God to either be saved or lost. The evidence of Scripture tells us that the answer to this question is "No! God does not predestine people to hell." Consider the following passages and the conclusion drawn from each statement:

This is good, and it is pleasing in the sight of God our Savior, who desires all people to be saved and to come to the knowledge of the truth. 1 Timothy 2:3-4 (ESV)

Conclusion: If God predestined some for hell, this statement could not be true.

"For God so loved the world, that he gave his only Son, that whoever believes in him should not perish but have eternal life." John 3:16 (ESV)

Conclusion: If God predestined some for hell, eternal life would not be open to "whoever" and this statement would not be true.

The Lord is not slow to fulfill his promise as some count slowness, but is patient toward you, not wishing that any should perish, but that all should reach repentance. 2 Peter 3:9 (ESV)

Conclusion: It is a contradiction to say that God predestines people to hell and at the same time wishes none to perish.

He is the atoning sacrifice for our sins, and not only for ours but also for the sins of the whole world. 1 John 2:2 (NIV)

Conclusion: This passage clearly tells us that Jesus died for "the sins of the whole world." That means that salvation is extended (available) to everyone.

Regarding predestination, the Bible says:

For those whom he foreknew he also predestined to be conformed to the image of his Son, in order that he might be the firstborn among many brothers. Romans 8:29 (ESV)

Some who believe that God predestines some to be lost and spend eternity in hell cite Romans 9:22 which says:

What if God, desiring to show his wrath and to make known his power, has endured with much patience vessels of wrath prepared for destruction... Romans 9:22 (ESV)

This verse is often quoted as a proof text for some being predestined to hell. But note the phrase vessels of wrath prepared for destruction. This refers to those whose own determination to sin make them objects of God's righteous wrath. They are then prepared for destruction by their own sin and rejection of Christ—not by a decree of God that sentences them to hell before they were ever born.