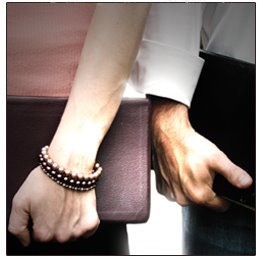 QUESTION: I have a friend who does not believe [there should be] women pastors. What does the bible teach about this?

A: I appreciate the fact that you specifically asked to hear what the Bible has to say on this subject. Too often I'm asked for my own opinion.

There are no references in God's Word to women attaining the role of pastor or leader of a fellowship. Some people believe this is due to the low status of women in biblical times, and that we need to revise such ideas and allow women to serve alongside men in the pastoral calling. That is certainly their choice and I respect them in it. But I think that position could stand some scrutiny—centering around the following question:

Is the absence of women pastors in the Bible just a reflection of society in biblical times, or are there genuine scriptural reasons that transcend culture and time?

Frankly it's just too easy to dismiss biblical ideas as "outdated" or merely cultural. And I'm going to go out on a limb and say that I personally believe there is solid biblical ground for not having women function in the traditional role as pastor. Reasons that have nothing whatsoever to do with equality or ability.

So, are you saying that women are incapable of functioning in a pastoral role?

Heavens no!! I have observed that women are incredibly capable, and in some cases do a better job than their male counterparts when it comes to the dynamics of leadership. My own wife is a very capable leader in her own right, which includes administrative oversight and teaching ability.

One of the key passages for understanding this issue is a statement that the Apostle Paul made in his first letter to Timothy. He wrote: "I do not allow a woman to teach or exercise authority over a man..." 1 Timothy 2:12a. (NASB).

So here's the real question: Did Paul make this statement to Timothy because he was influenced by his own patriarchal society, or was was he being led by the Holy Spirit?

God decided to give this role of "headship" to the man. Why? That's a good question, because I have observed that women often make better leaders. But what we do know is this pattern of headship is one which reflects the very relationship of Christ to the Church. Read the passage again from Ephesians quoted above and notice the connection.

Keep in mind that although the title "pastor" is never ascribed to a woman in Scripture, that doesn't mean that a woman cannot function in a pastoral role. To pastor is to shepherd (in fact, the same Greek word is translated as both pastor and shepherd). And women are encouraged to minister in this way to other women in the Word of God—encouraging and instructing in the Word. (See Titus 2:3-5)