Why were concubines allowed in Old Testament times? 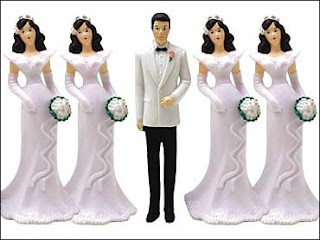 QUESTION: Why were concubines allowed in Old Testament times?

A: That’s an excellent but difficult question to answer decisively. Here what we know for sure.

1. When God created Adam he was presented with one wife.

2. The first instance of polygamy (recorded in Genesis chapter 4) occurred by a descendant of Cain named Lamech. Scripture specifically records the fact that “Lamech married two women, one named Adah and the other Zillah.” Genesis 4:19 (NIV84)

3. We know that several individuals in the Bible, such as Abraham, Jacob, David, and Solomon had multiple wives.

4. Finally, we also know that when Jesus came and spoke on the subject of marriage, He affirmed God’s original intent that “the TWO will be become one flesh.” (Matthew 19:5)—thus returning us to the divine model of one woman and one man.

So why was the taking of concubines and multiple wives allowed for a time? The fact is, we don’t know, and God didn’t include an explanation in the Bible. Although we're left with some questions, we can at least be confident in knowing that God’s original plan for marriage involved one woman and one man.