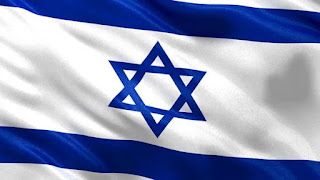 Actually, that's kind of a loaded question and one that is impossible to answer with a simple yes or no.
The Bible tells us that God first chose Abraham and made him many wonderful promises, including the fact that through his offspring all nations would be blessed. (Galatians 3:8) These promises were then repeated to his son Isaac and later to his grandson, Jacob, who was  renamed Israel. So, when we speak of Israel as God's chosen people, we're really saying that God chose Abraham and his descendants after him through his son, Isaac.
So, why doesn't it seem as if Israel is a favored nation today?

At this time in history God is working through the Church (the Body of Christ) and those who belong to Jesus are also referred to in the Bible as God's "chosen." (1 Peter 2:9) However, that doesn't mean God has abandoned Israel. Far from it.

No other nation in the world was set apart for God in the same way as Israel, and God still has future plans for them. In fact, much of what the Bible has to say prophetically about Israel remains to be fulfilled. And when Jesus returns physically to this earth, He will return to Israel.

But God's timetable for Israel has been put on hold during what we call The Church Age. Once the Church is removed in the Rapture (outlined in 1 Thessalonians 4) God's special timetable for Israel will begin once again, ushering in the culmination of His plan for that nation and its people.

So, although both Israel and the Church are referred to in the Scriptures as "chosen," there are significant differences between the two. Israel possesses a physical kingdom. The Church possesses a spiritual kingdom. The promises God made to Israel in the Law of Moses are physical blessings. The promises made to the Church through Jesus Christ are spiritual in nature. (Ephesians 1:3) Israel is not the Church and the Church is not Israel, yet both have a very special place in God's plan of redemption.