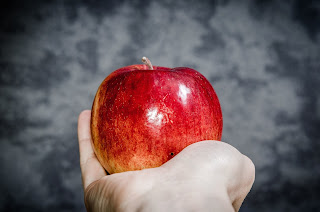 Q: The Bible teaches that Adam sinned and passed along a sin nature to all who came after him. How then can God fairly judge us for our sin, since we are born sinners by no choice of our own?

Basically what you're asking is this: "How is it fair that God holds us accountable for a sin nature that was imposed upon us by someone else??"

I'll admit at the outset that this is a very challenging question and one that I've grappled with over the years. Whatever I offer as a response probably won't be satisfying. We simply know that Adam represented all of mankind in the Garden and that his failure and the curse that attended it was passed along to all his descendants.

But obsessing over whether this was fair or not ignores any kind of acknowledgment of what God did to rectify the situation created by sin. He made a way — a free way, I might add — for us to avoid all judgment, by taking that judgment upon Himself in the Person of His Son. And now all He asks of us is that we turn from our sin and embrace His Son as Savior. And, I will repeat, this escape from judgment is entirely free. He does not require us to be "good people" in order to clear us from accusation and judgment.

So you see, when people object to being saddled with a sin nature they never chose, what they're really objecting to is humbling themselves and accepting God's solution. Because to do that they would have to admit that the following things are true: 1) they are sinners and separated from God. 2) They are helpless in and of themselves to solve the problem. 3) Accepting the death of Christ is the only way for them to be saved.

Those three things are so distasteful to some people that they will come up with all kinds of ways to justify their anger toward God for allowing them to be born into sin. But all the while, they are ignoring the incredible solution God offers to all mankind.

As the Apostle Paul wrote:

To summarize, I'll confess that I'm not totally certain about all the ins and outs of Adam's original sin and the fairness of it getting passed along to us. But here's what I do know: Even though we're born sinful and separated from God, He loved us SO MUCH that He made a way for our sins to be forgiven. And He bore the cost of that forgiveness entirely by Himself. Do we really want to allow our lack of understanding in one area to keep us from accepting God's love and forgiveness?