What about cremation for a believer? 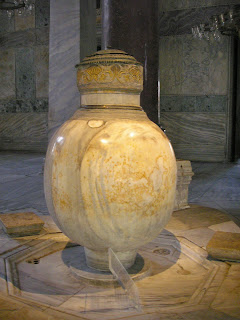 QUESTION: A friend told me that the Bible says if someone cremates another person, that person will go to hell. I am a Christian and most of my family has been cremated. Please help my doubts.

Did your friend offer any biblical proof for their statement? I would sure be interested to hear it if they did. It's one thing to say "the Bible says..." but quite another to back it up with book, chapter and verse.

I would suggest you no longer take biblical advice from your friend because I can tell you confidently the Bible says absolutely nothing about cremation. In fact, there is an absence of instruction of any kind concerning burial practices in the Scripture. I would defy anyone to show me otherwise. Instead, the Bible simply reveals how other cultures—such as the Jews—buried their dead. And although this is depicted for us in the course of several biblical narratives, it is never given as instruction or directives for how we ought to do it.

Cremation was not practiced as a burial option for any cultures depicted in the Bible. That fact causes some people to be uncomfortable with it. But you won't find our modern forms of burial in the Bible either.

One of the reasons some believers express misgivings about cremation is their concern about the resurrection to come. They reason that if their body is nothing but ash, there will be nothing for God to raise, But they forget that many of the bodies of the saints have turned to dust long ago, and others surrendered their bodies to the flames of martyrdom, but they are no less in line for a new resurrection body than anyone else. There is not one single biblical passage that declares to us that a body burned in fire cannot or will not to raised incorruptible. It just isn't there.